Three minutes is enough time to make tea. But to explain scientific theories about the end of the universe? Or the functions of stem cells? In the FameLab science competition, young scientists have 180 seconds to explain their research topic to the audience and a top-class jury. Technically correct, entertaining and captivating.  Every year, impressive young scientists perform on stage at the FameLab regional heats throughout Germany. The two best participants from each of the preliminary heats then take part in the FameLab Germany finals in Bielefeld, where they compete for the chance to represent Germany at the international FameLab finals.

 Save the date: On November 25, Dr. Christian Scharun will represent Germany at the international final of FameLab, the world's largest science communication competition. All information about the program and the link to the livestream can be found here in early November! 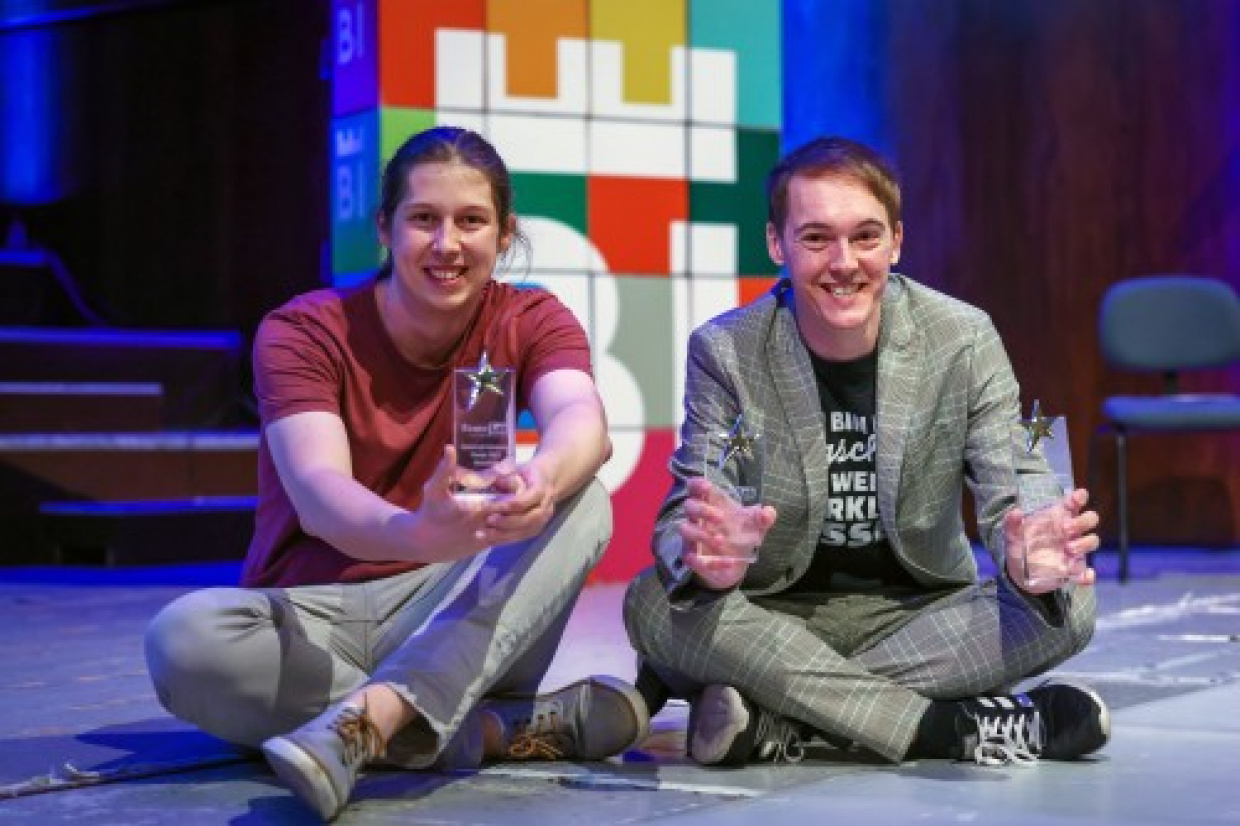 Eight young researchers competed in the final of the FameLab Germany science competition on May 16 in Bielefeld in front of around 700 people. Dr. Christian Scharun from the Karlsruhe Institute of Technology, Department of Biochemistry, came in first place and will compete for Germany at the FameLab World Final in the fall. He not only convinced the jury with his performance on research into methane emissions from drilling platforms in the North Sea, but also won the audience award. Second place went to Niklas Hoffmann from Bielefeld University, Department of Bioprocess Engineering with Microalgae. As second place winner, he won the participation in a national conference for science communication.

The winners of the preliminary rounds 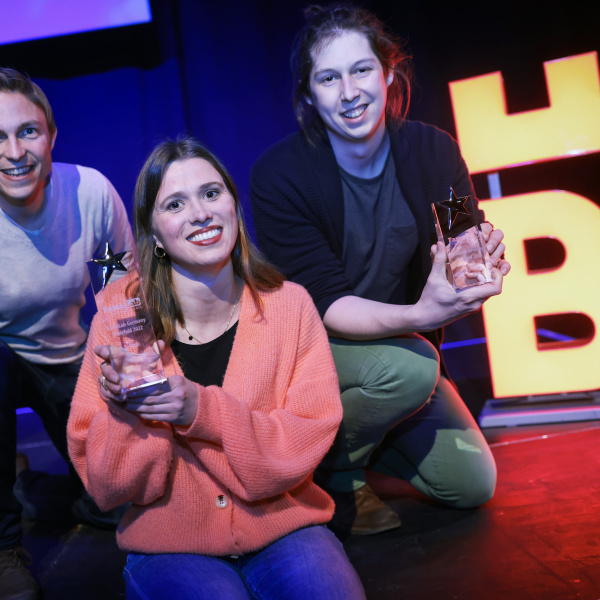 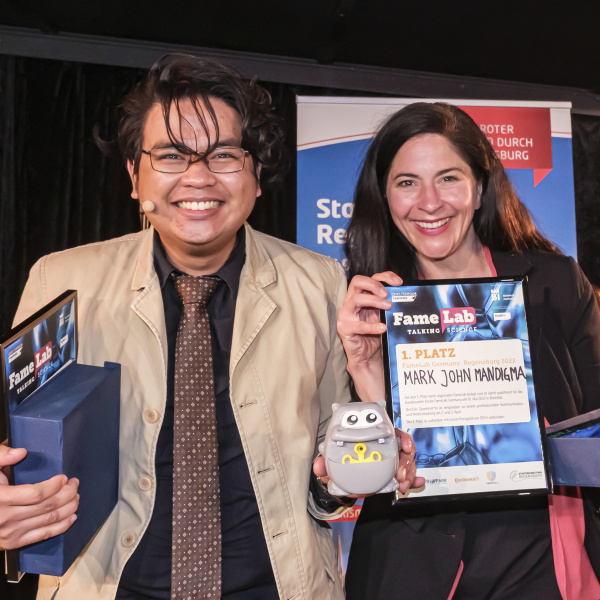 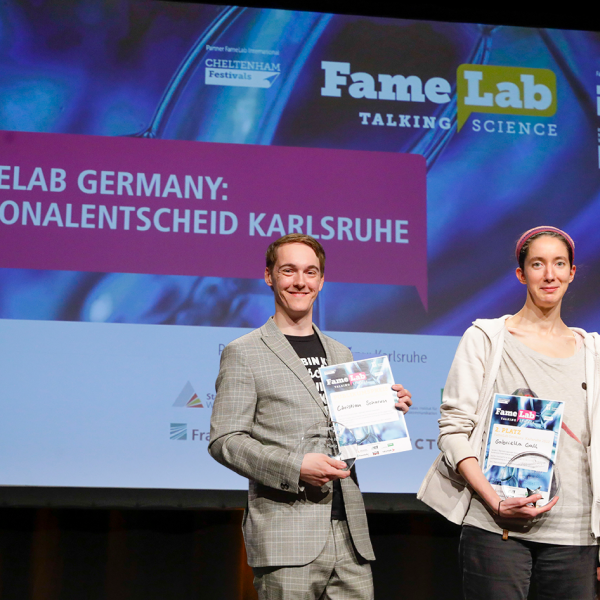 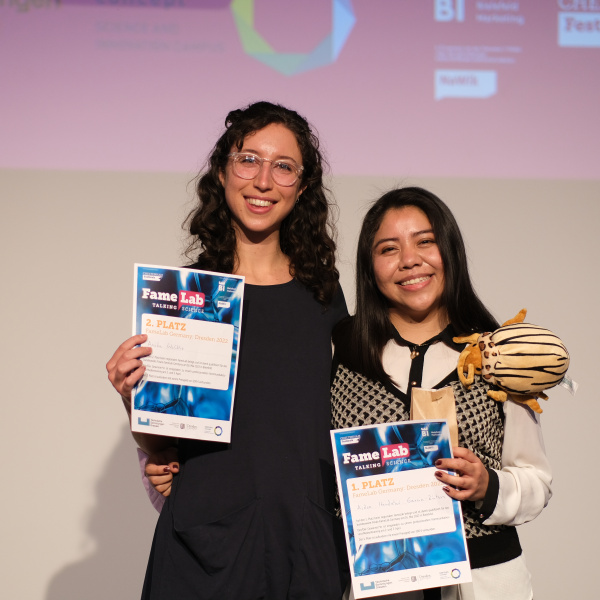 Watch all presentations from Bielefeld again...

Watch all presentations from Regensburg again...

Watch all presentations from Dresden again...

Watch all presentations from Karlsruhe again...