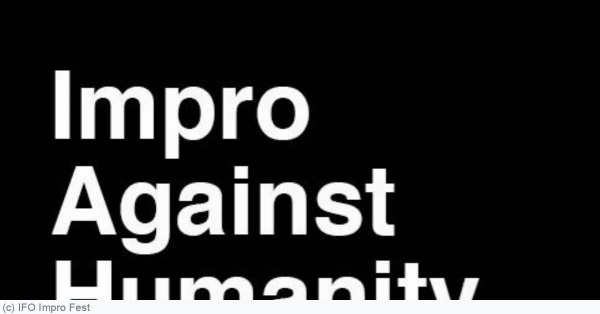 I was surprised when ______ came to the party.
Osama Bin Laden
The Holy Grail
A Pound of Butter
Which idea wins?
And then what else happens in this wacky world?
Impro Against Humanity is party game, show and comedy all in one. The players on stage make the combinations inspired by the famous card game come true in hilarious improvised comedy scenes.
Presented by the people of Improtheater Mannheim plus guests: A Improv Comedy show for horrible people.
Admission from 18 years!